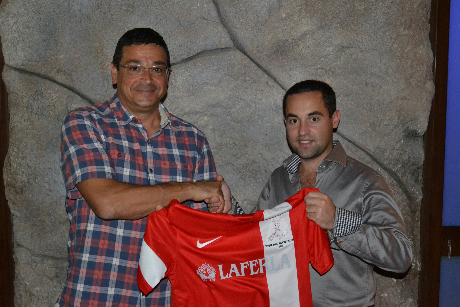 White Hart Hockey Club recently held its annual dinner in the company of all players, members and sponsors.

A sit-down dinner was followed by a number of speeches and presentations. Club president Robert Vassallo Agius gave a welcome speech and presented the sponsor for the season, namely Laferla Insurance Agency Limited, who generously decided to renew their sponsorship of White Hart for another season. Assistant General Manager Mark Laferla Jnr presented the club with the cheque and wished them every success possible. The new kit for the 2013/2014 season was then presented to all those present.

Vassallo Agius then introduced the committee for the coming season, which includes Kevin Filletti as secretary and Keith Laferla as treasurer. Senior coach Tony Azzopardi followed with a few words of encouragement for the new season, emphasising on the introduction of the younger players into the senior squad. He also announced that Keith Laferla is to be the new club captain, with Mark Zahra as vice-captain. David Agius continued with a few words regarding the work being done to recruit younger players, namely the junior coaching being held at Chiswick House School and St Martins College after school hours. A closing speech by life member Chris Busuttil Leaver followed, and the awards were then handed out to conclude the night.

Mr Mark Laferla Jnr was invited to present these awards. Paul Torpiano deservedly won the Best Player award for the second year running. Mark Zahra was presented with the Most Dedicated Player award. Liam Azzopardi was named Most Improved Player, whilst goalkeeper Alex Thornton was voted as the Most Promising Player.­

White Hart HC can be found on Facebook – www.facebook.com/WhiteHartHockeyClub or by visiting www.whiteharthc.com.