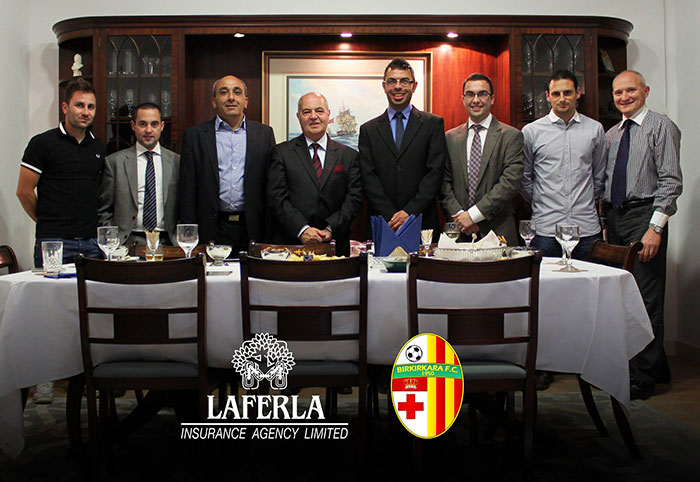 Laferla Insurance Agency Limited recently hosted some officials from Birkirkara F.C. including Club President Joseph Zammit and Treasurer Ivan Mizzi; who were accompanied by Captain Gareth Sciberras and Vice-Captain Paul Fenech. They were greeted by Laferla Insurance management officials including Managing Director Mark Laferla, Robert Baldacchino, Mark Laferla Jr and Keith Laferla. Mark Laferla congratulated the Club’s officials on behalf of all members of the club for their recent success in winning the Maltese Premier League. President Joseph Zammit thanked all members of the club for their hard work and dedication, and announced that the intention was for the Club to come back even stronger in the coming seasons.