How to Stop your Dog from Chewing Everything

Your new pup is so cute, but he’s already ruined three of your favourite pairs of shoes!  Sounds familiar? This is quite normal as dogs use their mouths to explore and learn about what’s around them.  Dogs turn to chewing, not just shoes, but other items around the house for several reasons, and the more you let it go on, the worse it will get. Melissa from @Simba&Garfield says that with any sort of unwanted behaviour, pet owners should proactively take preventative measures for their pup to not act undesirably by giving them other better outlets to direct their energy towards. Here are her top tips to stop your dog from chewing things he/she shouldn’t:

Your small cute puppy trying to chew your shoes may seem cute now, but habits formed in their early formative months may result in lasting behaviours as an adult.  Depending on the size of your dog, your puppy may grow to be a larger dog that can do more damage once they are older, as they become stronger and faster.  It also becomes harder for us to take away from them certain items they shouldn’t be chewing on.

Your pup could be turning to your shoes, your sofa or any other items for a number of reasons, and identifying these reasons is important to help stop this behaviour and provide suitable alternatives. Whilst some puppies chew something as a comforter, others could be teething or chewing out of boredom. If your dog is in fact teething, give your pup the appropriate toys for this, whilst if your dog is acting out of boredom, the solution is more often increasing his exercise instead of just giving him more things to chew on. Physical activity will direct his energy elsewhere.

The easier solution is to remove the opportunity for your dog to chew on any items by removing them from his vicinity.  If it is shoes that your pup just can’t get enough of, store them in areas that he cannot access, either high up or in a closed cabinet.  If it’s something not so easily removable, such as a sofa, try to restrict your dog’s entry into those rooms where the items can be found.

If your dog feels the urge to chew for whatever reason, give your pup the appropriate chew toys for him or her to chew on, praising them when they play with it. This can also be done when you catch your dog chewing on something they are not meant to, that is, attempt to redirect your dog’s attention to the new chew toy. If your dog doesn’t like your new chew toy, it doesn’t mean that he won’t react differently to other toys.  Try to buy a chew toy that has a similar texture to whatever he is chewing in your home. 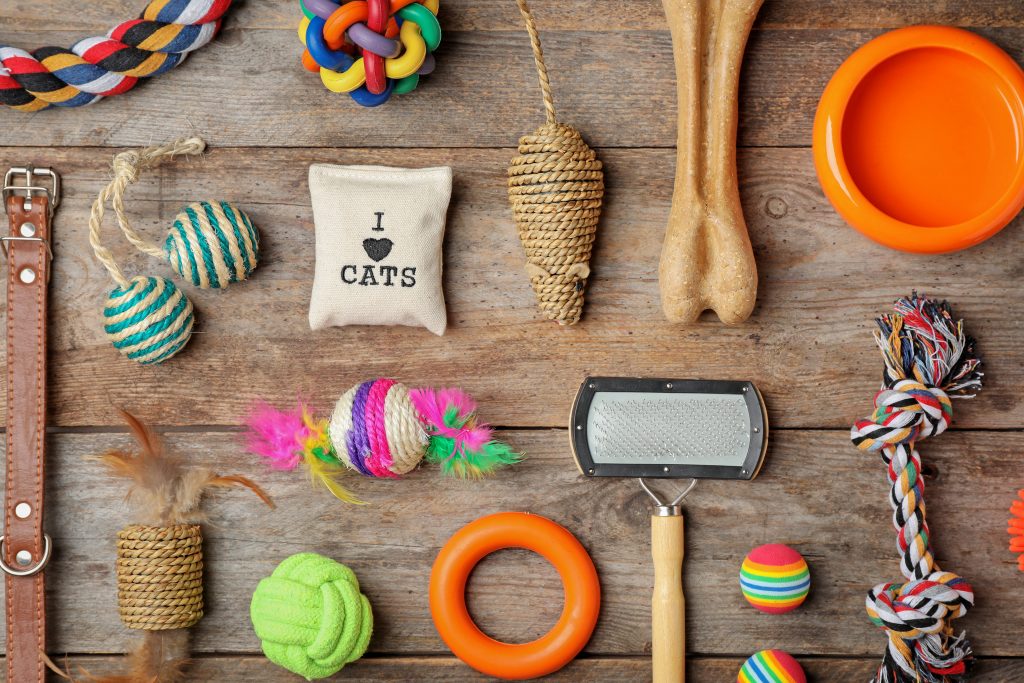 Give them the right toys

Make sure that the chew toy does not resemble anything that you don’t want to be chewed.  For example, presenting your dog with a chew toy shaped like a shoe could easily confuse your dog and think that chewing your shoes is acceptable.

Whenever your dog plays or chews on the alternative and appropriate chew toys, reward them to reinforce the habit with their favourite treat. This will allow them to understand that they get treats for playing with one toy, rather than another (in this case, your shoes or any other household item). 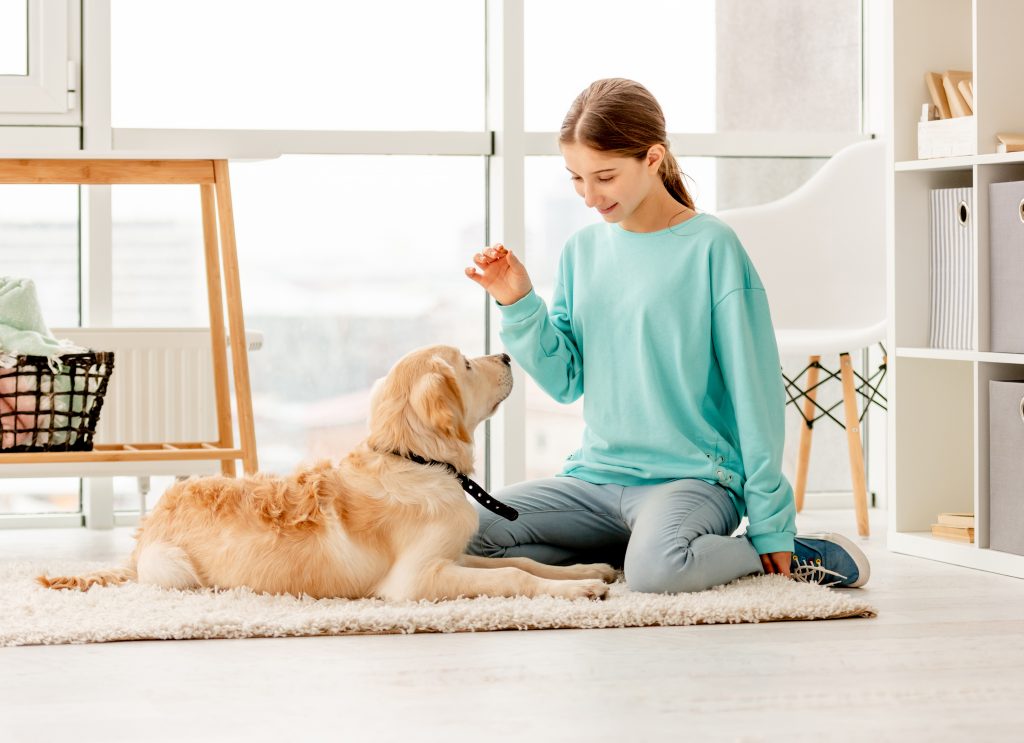 Apply deterrent products to whatever it is you do not want your dog to chew on, as these products give an unpleasant taste when dogs attempt to chew them but do not annoy humans with their odour.  Proper deterrent products designed for dogs are not harmful to your pup, but do speak to your vet if you have any concerns.

Chewing on undesirable items can also lead to your pet accidentally ingesting something they shouldn’t that could either block parts of their digestive system, or even be toxic such as batteries.  Whilst prevention is always better than cure, Laferla provides Pet Insurance that can cover all or part of your veterinary fees, so that even if the worse does occur, your pet is still safe with us.

In the meantime, learn more tips on how to train your pup, by visiting @Simba&Garfield.